Synopsis: In the aftermath of Judgment Day and the takeover by the machines, John Connor (Christian Bale, The Dark Knight), the destined leader of the human resistance, must counter Skynet’s devastating plan to terminate mankind. As Connor rallies his underground street fighters for a last, desperate battle, he realizes that to save the future he must rescue his own father, Kyle Reese (Anton Yelchin, Star Trek). But the most shocking discovery comes with the arrival of Marcus Wright (Sam Worthington, Avatar), a mysterious loner from the past who challenges Connor with an impossible choice that will determine the future of the human race – leading them both on a brutal journey into the very heart of the enemy.

“I knew it. I knew it was coming. But this is not the future my mother warned me about. And in this future, I don’t know if we can win this war.”

‘Terminator Salvation’ has a long, pained history. After 2003’s ‘Terminator 3: Rise of the Machines‘, which itself suffered from a lengthy gestation period, the series was held in stasis for a while as the rights to it changed hands, various directors and cast were attached to it and multiple writers took a stab at a coherent follow-up.

It didn’t help that Arnold Schwarzenegger, then Governor of California, couldn’t be in the picture or that James Cameron wouldn’t be involved; this would be a film orphaned from its two parents (it’s Cameron’s baby, but let’s be honest: the series wouldn’t have had legs without Arnie in it). Now everyone involved was new to the series.

Then came the fans’ vitriolic reactions to McG being hired as director. McG, whose name lends him no credibility, has had more success in Hollywood than ‘T3’s director Jonathan Mostow. But fanboys were tearing him a new one even though he considered the first two films some of his all-time favourites and wanted to do right by them.

Even star Christian Bale took a chunk out of him, apparently, telling him he simply wasn’t equipped to make a movie like this one. Of course, Bale also had his infamous (audio recordings went viral and they   made headlines for weeks) meltdown on the set of the picture, so perhaps he simply was going through a bellicose period of his life.

Frankly, even though I was one of his early champions (thanks to his phenomenal performance in ‘American Psycho‘), I was starting to tire of him. So the idea of seeing a ‘Terminator’ movie with him in the lead, really didn’t appeal to me. Plus which the setting of a world after Judgment Day didn’t pull me; it’s great for 5 minutes, but that’s it.

Still, I’d heard good things about it over time, and I eventually thought that I might as well give it a shot.

‘Terminator Salvation’ begins in 2003, in a maximum security prison, where a convict by the name of Marcus agrees to give his body to science – in this particular case, to Cyberdyne Systems. What they are planning to do with his body and why he agrees to it remains unexplained even as we see him begin this mysterious process.

Flash forward to 2018, after a text intro situates those of us new to the franchise. John Connor (Bale) is on a recon mission of some sort and finds Marcus’ body along with a bunch of other live captives in cages. They are separated by an attack, and Marcus goes off wandering the countryside until he meets up with a young Kyle Reese.

Meanwhile, Connor discovers that Skynet has a hit list and that he’s number two on it. When he asks who’s number one, he is unsurprised to find out that it is Reese – having been forewarned by his mother that Reese was his father and that he would be sent out in time. He is obsessed with finding him, and Marcus would eventually aid him.

This pits the pair against Skynet. Naturally (what did you expect?).

Let’s face it, ‘Terminator Salvation’ was designed as an action film primarily: It’s kinetic. It’s loud. It has impressive set pieces. It has chases. It has gun battles. It has killer robots. It has special effects. It’s meant to thrill. In that respect it succeeds to some degree. And yet I remained somewhat removed from it the whole way through.

…even as I appreciated some of the skill involved.

The film tries to stimulate the intellect by broaching the line between being human and a machine. What exactly makes a person human? Could someone be considered inhuman whereas a machine could be considered human? Interesting. Unfortunately, this isn’t explored in such a way as to provoke more than a mere flashing thought.

In the end, ‘Terminator Salvation’ looks more realistic than ‘Terminator 3’ did, at the very least it’s certainly grittier, but it doesn’t have Cameron’s vision. To me, it felt more like Steven Spielberg’s ‘War of the Worlds’ than like a ‘Terminator’ movie. Then again, McG did take inspiration from ‘The Road‘ – certainly a good choice, setting-wise.

But, by the time the picture was released on May 21st, 2009, its budget had ballooned to 200 million dollars. Fans showed up, but many were incensed that the picture was given a PG-13 rating instead of an R (likely due to society’s growing tolerance to violence in PG fare), and the film ended up being the first not to hit the box office at number one.

It ended up making 370 million internationally, a respectable amount by any standard, but it is thus far the lowest-grossing of the series (counting for inflation). ‘Terminator Salvation’ was to be the first of a new trilogy, but its production company filed for bankruptcy protection, McG was jettisoned, and the ‘Terminator’ franchise went into stasis again.

That is, until ‘Genysys’, over five years later, featuring the return of none other than Arnold Schwarzenegger. Will it be any good? We’ll soon find out… 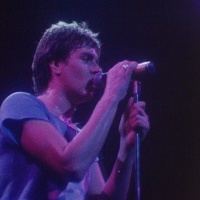 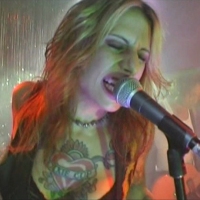