It’s been 30 years since bad girl Mary Lou Maloney (Lisa Schrage) was accidentally torched by her ex-boyfriend Bill Nordham (Michael Ironside) just before she was about to be crowned prom queen. Bill is now Hamilton High’s principal and his son, Craig (Justin Louis) is dating this year’s hopeful queen, good girl Vicki Carpenter (Wendy Lyon). When Vicki finds an old dress perfect for the prom – trouble begins. Mary Lou’s spirit possesses Vicki’s body and a torrent of fury is unleashed on everyone in town. With or without a tiara, Mary Lou is going to make prom night hot!

eyelights: its campiness. its nods to other horror franchises.
eyesores: its poor establishment of time.

“Be gone? Come on! There’s no God, Buddy! And there is no Heaven. And do you know what pissed me off the most? NO FUCKING WINGS!”

‘Hello Mary Lou: Prom Night II’ was the first horror movie that I saw in cinemas. It was also one of the first horror movies I ever saw (by then, I think I’d only seen ‘Friday the 13th‘, ‘Psycho II‘ and parts of ‘Return of the Living Dead‘). I think my only impetus for seeing it was that I had picked a free pass for two, so it was a cheap night out for a bud and me.

We had no idea what to expect, and paid absolutely no mind to the fact that this was apparently the second part of a series. We didn’t care. It was free. And we had a blast watching it, laughing at all the corny jokes and outrageous special effects. Through the years, it’s become a bit of a midnight movie favourite of mine; it’s a guilty pleasure.

‘Hello Mary Lou: Prom Night II’ has almost nothing to do with the original. The only thing in common is this one recurring line, “It’s not who you come with, it’s who takes you home.” (which made more sense in the original, anyway, given that it was about a psycho killer: there was an ominous suggestion that danger lurked – and might follow you home. Eek).

Originally titled “The Haunting of Hamilton High” (and changed for commercial reasons), this entry in the series is a ghost story. It’s about a bitchy prom queen who died in a prom night mishap in 1957 and whose spirit is released thirty years later. Still seeking the tiara, she will do anything to get it, all the while seeking revenge on the people who caused her death.

With its possessed prom queen and imaginative fantasy sequences, the movie comes across as a mixture of ‘Carrie‘, ‘The Nightmare on Elm Street’ and, to a lesser degree, ‘The Exorcist’. Unsurprisingly, it also does a few nods to horror film directors by naming its characters after them. Clearly, ‘Hello Mary Lou: Prom Night II’ was clearly winking at is audience.

And, although it’s a supernatural horror film, it’s not meant to be taken too seriously – just seriously enough. It’s filled with plenty of corny one-liners and (unintentional?) jokes. It’s also riddled with clichés and genre conventions – which is actually amusing here for some reason. Frankly, I wouldn’t even be surprised to find out that ‘HMLPN2’ was meant to be camp.

Ladies and gentlemen, let me introduce you to the movie’s key, and decidedly familiar, characters:

And now for a brief, but devilish, death count (beware of MASSIVE spoilers):

The movie also raises all sorts of existential (not really!) questions:

‘Hello Mary Lou: Prom Night II’ is a silly film – sometimes intentionally so, sometimes not. But, aside from the poor passage of time I do enjoy watching it; it has its moments. You really have to enjoy b-movies to get the most out of this one, though. This is not a movie for an average audience, who would likely roll their eyes at it and turn the television off.

Still, it’s obviously not a guilty pleasure for just me: it’s been rereleased on home video countless times. And, get this: the series continued with two more sequels. Heheheh… 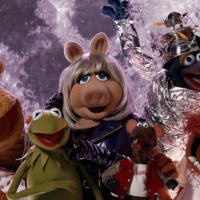