Synopsis: Fanny Hill (Lisa Raines), a young country girl, arrives in the big city and is unwittingly forced into prostitution. Throwing herself, body and soul, into her work, Fanny derives enormous pleasure from her newfound ability to please but longs for her first innocent love and to be a lady.

A popular work, it has been adapted multiple times in literary and cinematic form; this 1983 version is hardly the first, with Russ Meyer’s 1964 apparently being the oldest (at least that I can find), and the 2007 television mini-series being the most recent. Most interesting is Erica Jong’s novel, which recounts Fanny’s “true” story – versus Cleland “fictionalized” account.

What pulled me to this version of ‘Fanny Hill’ wasn’t anything especially notable: I knew that I was going to be traipsing through a series of films about prostitution and I felt that it would fit in nicely. I knew that there were mixed reactions to it due to its unusual combination of erotica and comedy, but the DVD was going for a decent enough price that it was worth the gamble.

I was surprisingly quite pleased with the result, actually.

‘Fanny Hill’ is the story of a young woman who, after losing her parents, goes to 18th century London to make her fortune. Unfortunately for her, she ends up in a brothel, and spends a large part of her life being a working girl – after finding love, losing love, getting pregnant, …etc. It’s all rather melodramatic and none of it hasn’t been seen before.

But it does distinguish itself in the fact that Fanny eventually enjoys her work. Although she is extremely resistant to prostitution at first, she comes to realize that she actually finds lovemaking exciting and likes doing it for money. And, of course, like any good girl gone bad would, she eventually finds redemption and lives happily ever after.

Honestly, if not for the fact that this version of ‘Fanny Hill’ was humourous, I would find it redundant; I’ve seen much of this before and it’s not that interesting to me. However, for some reason, I really enjoyed the lightness of it and found that the humour was exactly what this production needed. I didn’t exactly laugh out loud, but it amused me nonetheless.

The on-screen naughtiness was also quite nice. It wasn’t raunchy or dirty enough that it left me feeling icky, but it wasn’t also so tame that it was meaningless. I think that the mix of sex and comedy is what made this one stand out for me, quite frankly: had either been in lesser or higher doses it would have skewed things in a way that would have left me wanting.

So I really have to commend the writer and director on that level, even if others naturally disagree with me on this one (it’s not exactly a common mixture).

What I do dislike about the film, however, are the performances. While one doesn’t expect much from a blue movie, this isn’t a mere softcore film: aside from the respectable production quality, it actually features a few well-known actors, such as Wilfrid Hyde-White, Oliver Reed and Shelley Winters – so there’s no reason for the near-universally poor acting here.

Oliver Reed and Shelley Winters, in particular, are execrable. Oliver Reed affects this unusually annoying accent and caricatured pronunciation that was bewildering at best; I had no idea what he was going for, but it was grating. As for Winters, she was just useless, merely showing up for her few on-screen moments, but not really making any effort to give a credible turn. A real waste.

Lisa Foster is decent enough, but isn’t particularly excellent as Fanny. She was a new actress at the time, so her performance is hardly surprising; perhaps better direction might’ve helped. Or maybe it did. Still, she was enthusiastic and looked the part; she was quite lovely to look at, both clothed and not-so-clothed. Which was often. Very, very often. Thank goodness for her natural charms.

In fact, the film is rife with nudity. While it’s not especially explicit, it does give viewers an eyeful from start to finish. It doesn’t go nearly as deeply into the sexuality as the original book did, but it suggests it respectably and balances it quite well in the context of a softcore period piece comedy. To me, this was absolutely well thought out by the filmmakers.

All this to say that ‘Fanny Hill’ was actually a very nice surprise. So much so, actually, that I’m curious to read the original – where this one was humourous, I expect the other to be more more explicit, and I’m very curious to see what a change in tone will bring to this story. Which leads me to conclude that this gamble has paid off in spades: not only did i have fun, but it has it opened my eyes up to classic literature I wouldn’t have otherwise known or entertained.

Post scriptum:  Some online comments suggest that the eOne DVD that I watched is an edited version of the original film (aside from the obvious cropping, I mean). I wouldn’t know, of course, but I would be curious to know just how much more nudity one could cram into such a film. I will no doubt someday find out and report back. 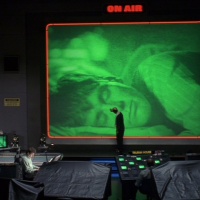