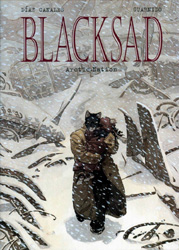 Summary: His name is John Blacksad. He’s a private detective who’s seen much evil in the past, but never in his long life has he encountered a case as bizarre, as twisted, or as deadly as the one he accepts now. In a town where white supremacists have moved in and are brutally seizing control, Blacksad is asked to find a kidnapped child and bring the kidnappers to justice. As he gets deeper into his investigation, Blacksad discovers a tale of sickening horror involving murder and worse that condemns some of the town’s most powerful citizens.
***********************************************************************
Blacksad: Arctic Nation, by Juan Díaz Canales and Juanjo Guarnido 8.75

In this second volume of Blacksad, Canales and Guarnido have outdone themselves and created an even more outstanding graphic novel than the first.

Called in to investigate the disappearance of a young girl, Blacksad discovers that The Line, this seemingly quiet suburbia, conceals within it a white supremacist faction that runs and terrorizes the town. Given that the young girl was black, Blacksad soon finds out that justice is not blind at The Line – and that he will have to struggle with forces on both sides of the equation to discover what’s happened to her. And why.

In my estimation, there are three elements that make this book superior to its predecessor: 1) the plot 2) the development 3) the art

1) While both books revolve around a mystery, ‘Arctic Nation’ more intricately weaves a variety of elements together into a tight mesh. It also tackles discrimination, vigilante justice, and economic desolation realistically, which I think is pretty good for a detective comic. It’s not just sex and violence.

2) Unlike the first book, which would have benefitted from a few extra pages, this book takes its sweet time and never abuses it. One of the major points was the ending, which had a proper wrap up, whereas ‘Ombres’ just ended abruptly. This totally felt like a more complete tale; it was satisfying, in the end.

3) Although Guarnido had already put together an impressive visual feast in the previous entry, he stepped it up here. Everything about this book is delicious eye-candy: the characters designs, the detail, the colouring, the layouts, everything. I wasted an inordinate amount of time savouring each frame. I was especially impressed with how expressive Guarnido made his characters. Utter genius.

‘Arctic Nation’ is a total treat for anyone interested in crime and/or mystery stories. To his credit, Canales has served up a brainteaser rooted deep in the civil rights movement of the ’50s and ’60s. I love how he treated the issue of racism: he conveyed some very clear messages without flinching or being condescending. With Guarnido’s able assistance, together they delivered a book as compelling as it is entertaining.

‘Arctic Nation’ is a must-read.

One response to “Blacksad: Arctic Nation” 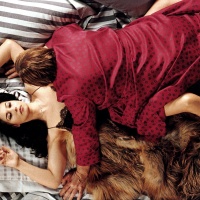 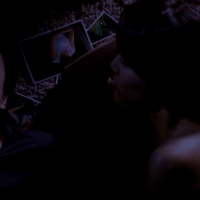 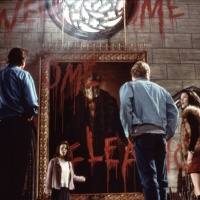