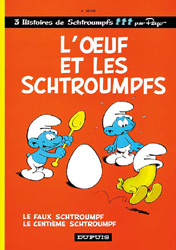 This book is a compilation proper, with no recent (at the time of publication) material included herein. It was likely a way to keep the series of books going while Peyo focused on his Johan et Pirlouit series for a short while. It also effectively fills the gap in the series, getting readers completely up to speed on the Smurfs shorts to this point.

1. L’oeuf et les Schtroumpfs (Smurfs episode #5)
This quirky little number is a delight and it’s a favourite of mine from when I was a kid. I’m glad to report that holds up still. Oh, sure, it’s fluff, but it’s unique and imaginative – and it speaks of human nature to children in non-moralistic way. It’s part of the reason why the Smurfs are so good – they have lessons for us to learn but Peyo doesn’t hammer you over the head with them. At least, in the original strips, that is.

2. Le faux Schtroumpf (Smurfs episode #6)
This short tale shows how Gargamel infiltrates the Smurfs’ village by transforming himself into one. His intention: finding a way to destroy them once and for all. It’s a nice little ditty; watching Gargamel try to integrate a world he doesn’t fully understand, to humourous effect, is pure fun. But the tables are eventually turned when the Smurfs realise something’s amiss – because Gargamel hadn’t counted one small detail…

3. Le centième Schtroumpf (Smurfs episode #9)
This is an extremely clever piece of fluff, as one Smurf creates a mirror double of himself by mistake. All of the double’s text is backwards, and the way that Peyo dealt with the complications of being joined at the hip by one’s double helped us empathize with this backwards-Smurfs. Very nice.

Even though most of this book is light fare, it’s one of my favourites. Peyo was definitely at the top of his game here: the creativity that was poured into these stories and the intelligence infused in the writing explains the allure of the Smurfs – it’s not just silly stuff for kids, but something a little bit more textured, more substantial. It’s mind-candy for dreamers and thinkers alike. 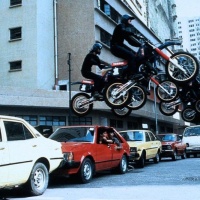 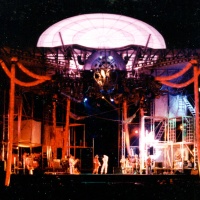