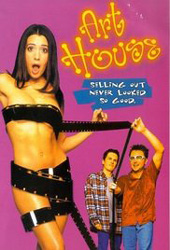 eyelights: Dan O’Donahue, its quirkiness. its many lovely ladies. its Hollywood references.
eyesores: its performances. its cheap-o quality.

“I’ve worked far too hard and far too long to be an overnight success to be derailed by you.”

Ray is an aspiring filmmaker who can’t get his latest script produced. Desperate, he retains the help of Weston, a pretentious indie script doctor who claims to have written in full or in part 172 films. Before long, Ray’s script is dramatically altered, sold without his name on it, and produced without his involvement.

Welcome to the world of indie cinema.

‘Art House’ is a 1998 low budget motion picture by Leigh Scott, director of hack pictures for The Asylum, a production company that has made its name ripping off popular properties and doing cheap-o inspirations of them (ex: ‘Transmorphers’ and ‘The Witches of OZ’). It appears to be his last original work since.

Co-written with Dan O’Donahue, the picture is an amusing exploration of indie filmmaking – something which they already had experience with, having made ‘Beach House’ together two years prior. Though it was made on very little money, and it shows, its script is solid enough to squeeze out a number of chuckles.

I liked that it was self-aware, poking fun even at itself (in the form of Ray commenting that his last film only had one VJ in it so MTV passed on it, which is true of ‘Art House’) and that it poked fun at the industry by referencing it (ex: discussing Hollywood buzz by lifting Obi-Wan’s speech to Luke about the Force).

O’Donahue also impressed me to some degree for his performance as Ray. Though he didn’t deliver an Oscar-worthy performance, he was fairly convincing and made for a good lead. Of course, the rest of the cast (including Chris Hardwick as Wes) was pretty weak, so it’s quite possible that it’s a question of contrasts.

The performances were without a doubt the weakest point, in that comedy is all about delivery: great material can be ruined by weak comedic chops and vice-versa. But the quality of the film was also hard to handle, in that it looked like it was shot and edited on video, with abrupt, awkward cuts and transitions.

Now I wouldn’t say that ‘Art House’ is clever, but it certainly had potential. So I find it unfortunate that the script was wasted on such a lackluster production. I guess you sometimes have to make do, and Scott did his best. But what could have been an entry point into Hollywood sadly turned out to be a sort of swan song.

And yet, it seems fitting somehow.

Nota bene: look out for a cameo by Ron Jeremy as a restaurant waiter, awkwardly serving a baguette to Ray after he breaks up with a new love because he can’t handle her day job. 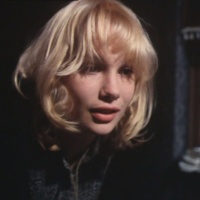 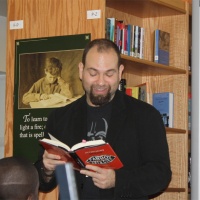