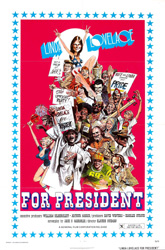 Synopsis: A satirical film about Linda’s fictional grass roots campaign to run for president. Touring the country with a rag-tag team of strange and wacky people, hilarity ensues at every stop.

eyelights: Linda Lovelace. its sexy ladies. its intention.
eyesores: its directionless script. its flat humour. its endless stream of stereotypes.

“Get behind Linda Lovelace!”

In 1975, however, she tried her hand at becoming a legitimate actress with ‘Linda Lovelace for President’, a comedy that finds her accepting the nomination of the Upright Party and campaigning across the U.S.

Mostly with her clothes on.

Seriously, only curiosity compelled me to watch this picture; I’m no great fan of ‘Deep Throat’, which is truly a product of its time, and I’m not terribly fascinated with Linda Lovelace, though she has some appeal.

What’s interesting is that she is by far the most alluring part of the picture: while she isn’t a terrific actress by any means, Lovelace is no worse than some actresses and has a natural charm that makes her enjoyable to watch.

However, the material is so weak that no great actress -or actor- could have made anything good of it. In fact, there are a few cameos by legitimate actors (ex: Mickey Dolenz and Scatman Crothers) that prove exactly that.

The picture pretty much shoots its load right at the onset, with a congress of various political factions, as they try to nominate a candidate to represent them in the election. After over 8000 ballots they’re at a stalemate.

The thing is that most of the political satire can be found here, with ridiculous groups of all sorts mingling together. The film plays on all sorts of stereotypes, making fun of what they stand for to some degree or another.

But it’s a one-note joke. What we soon discover is that the filmmakers used this picture as a platform to not just be racists but prejudicial on many front, using every cliché and epithet in the book whenever possible.

What started as spoof became distasteful by the time we got to Lovelace’s first campaign stop, where a racist mayor made a speech before introducing the man who would in turn introduce her: from his mouth spilled intolerable filth.

From that point onward, the picture kept rehashing its views to death.

At least that scene offered us some eye-candy, with the first of a handful R-rated sex scenes, as Lovelace goes under the podium with the man who will later introduce her, leading him to exclaim he is “Coming!” as they call on him.

Sigh… yep, that‘s the brand of comedy that you get in ‘Linda Lovelace for President’.

After the congress, the picture becomes a road movie, taking Lovelace from one campaign stop to another, being trapped in a hick town as their bus breaks down, doing door-to-door fundraising when they go broke, …etc.

It’s really just a bunch of different settings and cheap gags strung together, with the only thing peppering the pot the fact that Democrats and Republicans conspire to have her knocked off before she can outdo their own candidates.

This bit finds two party bigshots busy compromising on what each will use against the other during the campaign and eventually deciding to call in The Assassinator, a Mafia “hitman” stereotype with a crappy “Italian” accent.

This leads to a series of assassination attempts that are foiled for all sorts of stupid reason, in what appears to be the film’s attempt at cashing in on Inspector Clouseau-like antics – but which are so ineptly staged that it hurts.

Inevitably, Linda Lovelace finishes the campaign and wins the Presidency (Was there ever any doubt?), and she chooses to thank Americans voters by doing exactly what we would expect of her: by making whoopee with some guy.

Seriously, ‘Linda Lovelace for President’ benefited from goodwill at the onset; it seemed naive and well-meaning for the first 30 minutes, but it displayed such poor taste and dim-wittedness that it eventually overstayed its welcome.

And no amount of Linda Lovelace made up for that. 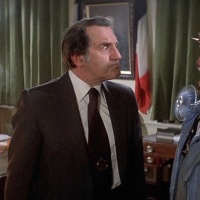 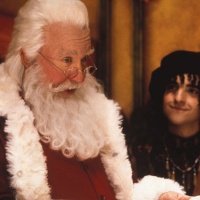 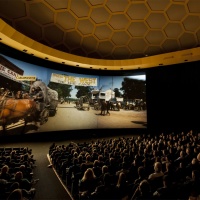