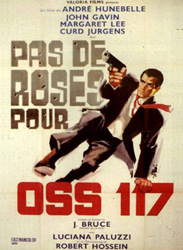 Synopsis: In Rome, OSS 117 is instructed to dismantle an international assassins guild. He assumes the identity of William Chandler, an extremely dangerous individual, in order to infiltrate the organisation, which orders him to wipe out the Middle East United Nations delegate. To have a hold over OSS 117, the organisation has him inoculated with a delayed-action poison. But OSS 117 is vaccinated against danger and gets the better of the infamous guild.

eyelights: its multi-linguistic approach. its meat and potatoes script.
eyesores: its third act. its lack of action or thrills.

After debuting in ‘Furia à Bahia pour OSS 117‘ and following it up with ‘Atout cœur à Tokyo pour OSS 117‘, Frederick Stafford was in high demand. His star rose in Europe enough that none other than Alfred Hitchcock hired him for the lead role in his own ‘Topaz’.

Consequently, he was not available for ‘Pas de roses pour OSS 117’.

In came John Gavin as the new OSS 117. Gavin, who had also worked with Hitchcock in ‘Psycho‘, was an American, which is what producer André Hunebelle sought for veracity’s sake. He also decided to have Gavin dubbed in French but with an American accent.

For similar reasons, Hunebelle (who is credited with directing again, when in fact it’s Jean-Pierre Desagnat) decided that the picture would be in the language of the country it’s set in – so, when in the U.S., it’s in American, in Italy, in Italian, and French in France.

This is a step beyond what he did in the last one (wherein there was much Japanese dialogue, but no overdubbing or subtitles), and it was confusing at first: I wasn’t sure why the movie was subtitled; I thought I had the wrong settings on. I didn’t.

Unlike its predecessors, ‘Pas de roses pour OSS 117’ is an original adventure (it is credited to Josette Bruce’s novel, but it’s apparently not) taking OSS 117 to Italy and then Tunisia as he tries to infiltrate a mysterious organization involved in political assassinations.

Having undergone plastic surgery, OSS 117 passes himself off as William Chandler, a well-known criminal, so that he may draw attention to himself and get the organization out of hiding. It works: after his arrest, his police escort is gassed and he is kidnapped.

He wakes up in a large secluded manor, and is taken to the organization’s leader, the Major. His offer: a million in exchange for the assassination of a U.N. mediator who is helping create peace in the middle east. OSS 117 is then sent to Tunisia in the guise of a journalist.

It should be a simple job, for which he’s given 48 hours to complete it, but it’s complicated by the fact that he’s been given a poison that will kill him unless he checks in every 24 hours (at specifically 5pm!) to be given a serum. His final shot will fully inoculate him.

Naturally, OSS 117 finds a way to get himself out of that trouble, saves a girl, and stops the Major (who is played by none other than Curd Jürgens, who also play the villain in ‘The Spy Who Loved Me‘) from creating chaos in the Middle East. It’s yet another job well done.

Except that ‘Pas de roses pour OSS 117’ is not such a well done job: Gavin lacks magnetism (even after the wooden Stafford), isn’t convincing at action (unlike Stafford), it lacks excitement (heck, OSS 117’s first fist fight is at the hour mark!) and even momentum.

It actually starts alright; it looks and feels relatively good until the Middle East portion, after which it’s just one long drawn out affair – all the way to the finale back at the Major’s mansion, which consists of a really lame, poorly choreographed, melee. Ho hum.

Essentially, ‘Pas de roses pour OSS 117’ feels like an entry in a waning series: there’s little heart left to it and the production feels like a leftover, lacking any creative spark. Hunebelle said at the time that he felt the audience had changed. I think he’d simply lost interest.

The only really notable scene is when OSS 117 breaks into the doctor’s office to get the serum and, after being side-tracked by the hulking assistant, lays dying from the poison. Then the doctor returns, finds him there, and just stands there and watches him fade away.

But, beyond that, there is really nothing noteworthy about ‘Pas de roses pour OSS 117’. It’s actually not a bad movie; it’s just not a very interesting or enticing one. Really, the worst thing is that it’s the last of the series; limping to the finish line is an unfortunate way to go.

Not only do I wish it had been better, but I wish there were more OSS 117 films.

Post scriptum: Speaking of 007, and the many parallels between both series, I only just discovered that Jean Bruce based himself on Cary Grant to envision OSS 117. Coincidentally, Grant was actually considered for the part of Bond in ‘Dr. No‘.

Post post scriptum: There are other OSS 117 films, but they are not part of this Gaumont franchise.

Sadly, many of these are not available on home video. 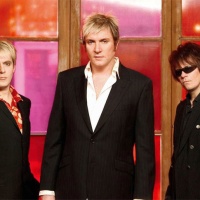 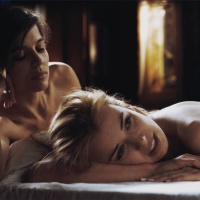 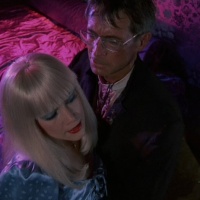 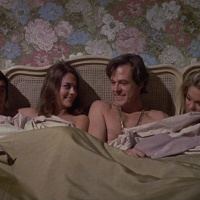 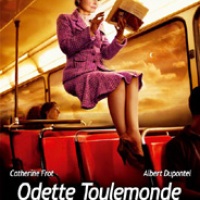 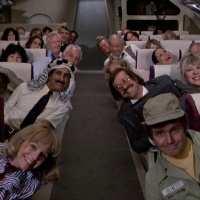