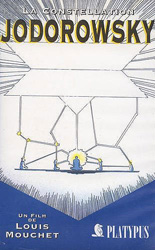 This is the quest of the multiple facets of Jodorowsky and includes views of those who have been closely connected to him (Fernando Arrabal, Peter Gabriel, Marcel Marceau, Jean “Moebius” Giraud, the karate champion Jean-Pierre Vignau). They appear like mirrors in this quest and reveal that the only important search is for oneself.

eyelights: Moebius’s description of his collaboration with Jodorowsky.
eyesores: the brevity of the overviews of Jodorowsky’s iconic films.

“What I like about Alejandro (Jodorowsky) is that he understands the landscape of the psyche.” – Peter Gabriel

‘La constellation Jodorowsky’ is a 1994 documentary film on Alejandro Jodorowsky. Written and directed by Louis Mouchet, it explores Jodorowsky’s personality through interviews with the artist himself, as well as the collaborators who respect him the most: Fernando Arrabal , Peter Gabriel, Jean “Moebius” Giraud, Marcel Marceau and Jean-Pierre Vignau.

The film, which is largely composed of these interview segments, is also bolstered by scratchy footage from ‘El topo‘ and ‘The Holy Mountain‘, as well as rare archival footage and artwork. Another key source of material is footage from some seminars that Jodorowsky has been holding once a week for years, for a captive audience of a few dozen people.

‘La constellation…’ begins with a simple question, but one that immediately sets the tone of the piece: when asked who he is, Jodorowsky (who looked tired, heavy, not as jubilant and lively as in ‘Dune‘) answers by telling a tale. He goes on to say that we can only know who we are when we die; that, the moment we believe we know who we are, we stop growing.

Then the documentary started to take us through some of the key moments of his life, including his early years in Chile, when he became a popular actor. He turned to mime because he realized he was parroting texts and wanted to do pure acting, not regurgitation. He became a leader, but, believing he could no longer learn anything new, he went to Europe.

He hooked up with Marcel Marceau, the world famous French mime, and became his apprentice. He eventually began to write for him, including some of his most famous works (one of which Marceau describes at length). Marceau was clearly impressed with Jodorowsky’s brand of genius, lauding his creativity and approach to his work.

Black and white footage is shown of a surrealistic avant garde show he was involved in that featured music, topless girls, crosses, a car, and all sorts of chaos. Jodorowsky explains that ‘Fando y Lis‘ was originally a play, but he loved it so much that he decided to make a movie of it. He decided to interpret it, however, not using the same script at all.

Peter Gabriel talks about seeing ‘El topo’, how it was a spiritual journey that haunted his dreams for a long time. It inspired him to write ‘The Lamb Lies Down on Broadway’, which he wanted Jodorowsky to direct. Sadly, the project never came to fruition, but Gabriel couldn’t possibly be more impressed with the man, and even lent a song to the film’s soundtrack.

They talk about ‘Dune’. Some of the info is repetitive (mind you, this was made twenty years before ‘Jodorowsky’s Dune’), but there are many shots of costume/character designs and storyboards. Moebius (who has a big presence in ‘La constellation…’, making up for his absence in ‘Dune’) was aghast by Jodorowsky’s technique at first; it seemed random, bewildering.

Following the failure of ‘Dune’, Jodorowsky and Moebius ended up making a comic book series called ‘L’Incal’, and this turned Jodorowsky into a massively successful comic book writer – something he did for years afterwards. He considers ‘Dune’ failure a success if only because ‘L’Incal’ never would have happened if not for the work they did together on it.

With ‘The Rainbow Thief’, which is frequently cited as Jodorowsky’s worst motion picture, he states that he had his hands tied because of the big budget, which meant that there was more at stake, and because the producer’s wife wrote it; he had no freedom in the creative process. But, ever optimistic, he says that it was a good challenge to his ego; it forced him to adapt.

He is asked about the violence in his films, but Jodorowsky responds that there’s violence everywhere: there is creative and destructive violence. So he disagrees that his films are particularly violent. Fernando Arrabal, a writer with whom he had founded a surrealistic movement called ‘Panique’ (and who has a lot of respect for Jodorowsky), says he’s a mad genius.

Some of Jodorowsky’s so-called madness, “psychomagic”, is captured with clips of his Tarot readings and his seminars (which he did every Wednesday and had been doing for many years when the doc was made). It’s amazing to see how intuitive he can be, how accurately he would divine things about his subjects – it almost makes one wonder if it was staged for the film.

He is dismissive of the notion of being a guru, although he admits that some might see him that way. He claims to want to help heal the planet. He realizes that he can’t change the world but he says that it’s his little contribution, that you have to start somewhere. I agree with that approach: you can’t be disheartened by merely being a drop in an ocean. It adds up.

There’s this clip of Jodorowsky doing a reading to a crowd, telling them about illumination through an amusing anecdote. The crowd is enraptured, hanging onto his every word. Moebius talks about a 15-person massage that Jodorowsky once initiated (but didn’t participate in). It was in the dark and each participant had a familial role. He said it was a life-changing experience.

The picture culminates with a 20-minute segment where Mouchet is called onto the floor of one of Jodorowsky’s seminars to do an exercise. Jodorowsky has him pick out “family members” from the audience and position them in relation to one another. It was interesting to watch Jodorowsky’s interpretation because he had a pretty good insight into Mouchet’s life.

It was all fascinating stuff, but I couldn’t help but wonder what the point of the film was. If it isn’t a biography, then what is it meant to be? Does it properly introduce us to Jodorowsky? Or was the point to merely show us what the iconic auteur was up to at that point in his life? It feels a bit directionless to me, and it crosses way past the line from objectivity into subjectivity for my taste.

However, having said that, it remains a fascinating document. Jodorowsky is the perfect subject: not only does he eschew conventions and forges his own path, but he expresses ideas that are hardly commonplace these days. Is he a relic of a day long past, or is he a visionary? Whatever one’s conclusion might be, it doesn’t change the fact that Jodorowsky’s world is worth visiting. 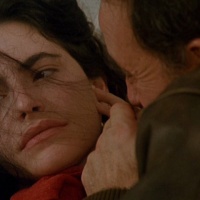 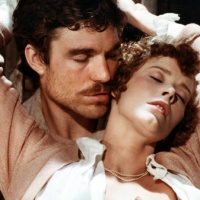 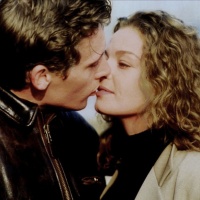 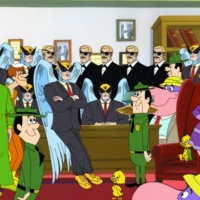