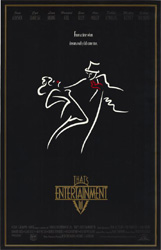 Synopsis: Lena Horne luxuriates in a bath during Cabin in the Sky. Cyd Charisse vamps through The Band Wagon’s Two-Faced Woman. Judy garland leads a street-swelling March of the Doagies in The Harvey Girls. unforgettable scenes all – and all but forgotten because they were cut from their respective films.

Remarkable moments you couldn’t see until now make up much of this star-studded salute to the golden era of musicals. Gene Kelly, Mickey Rooney, Esther Williams and six more luminaries host the eye-filling dream-factory clips. Other highlights: Stage hands scrambling to move sets and stay ahead of dancer Eleanor Powell’s Fascinatin’ Rhythm, the Ross Sisters contorting like soft pretzels and Garland and Rooney redefining pizzazz. “What a time it was,” Kelly says. In this marvelous treat, what a time it still is.

eyelights: the behind-the-scenes footage. the many outtakes.
eyesores: seeing the state of some of these aging legends.

After the phenomenal success of ‘That’s Entertainment!‘, MGM greenlit a second installment, which was released just two years later. It wasn’t nearly as successful, making a fraction of its predecessor’s box office grosses. The series stalled there. It would take 18 years before it was resurrected and a proper follow-up was released.

The year was 1994, and MGM was celebrating its 70th anniversary. In conjunction with this, MGM put together a third and (thus far) final installment in the series. To entice audiences to go to the movies (home video had become popular by then), they brought back many of their screen legends to co-host the picture and dug up a few surprises.

Book-ended by an unrecognizable Gene Kelly, who, at 81, was looking and sounding worn (it was disheartening to see), the film begins by providing a context and history of the musical – especially the MGM brand, naturally. This first part of the film is discussed in chronological order, which was helpful to situate the audience.

Then came Esther Williams, talking about her performances over a montage of clips from her films. She looked really good for her age – she would have been in her early 70s. Her clips, however, were less fascinating than in previous installments – or maybe it was seeing an abundance of them that made the corniness stand out.

June Allyson talked about the MGM talent searching process. Aside from a  few of her own numbers, which were okay, she also introduced some behind-the-scenes footage and even a screen test for Kathryn Grayson, a soprano. For some reason, Allyson barely got any screen time compared to the other stars on hand.

Cyd Charisse introduced a massive backdrop that was used on an MGM classic; the soundstage was sizeable. She was rather lovely for a septuagenarian: classy, tall, lithe, graceful. She then introduced a Gene Kelly montage. It was alright. Even her favourite duo with him, from ‘Brigadoon’, didn’t do much for me; it was beautiful but unmoving.

Debbie Reynolds talked about being discovered and the experience of going through the star-making process at MGM. Then there was a montage of some of the glamourous ladies of MGM. After a latin montage, Lena Horn talked about the racial barriers of the time, how she couldn’t get a leading role – overtop a montage of her performances, naturally.

Mickey Rooney talked about Judy Garland for a while (there’s a lot of Judy Garland in this one, before and after Rooney shows up). Then Ann Miller discussed Fred Astaire; she was a total pro. But who was Howard Keel? I guess he’s familiar to fans of musicals (and ‘Dallas’, apparently), but I had no idea who he was until now. Only one clip of his is shown.

Although the hosts talked over some of the bits being presented in order to introduce them, they left the bulk of them intact; unlike ‘That’s Entertainment, Part II’, no significant dialogues or solos were affected. In effect, their narration made the film seem more like a retrospective documentary than the last ones did, somehow.

What’s amazing is that, bereft of any of the true classic silver screen moments, having all been used in the previous two iterations of the series, there are still a number of moments that were worth seeing in ‘That’s Entrainment! III’:

At its peak, ‘That’s Entertainment! III’ was rolled out in a paltry six cinemas (after an opening night on only two screens!). Needless to say, it wasn’t a huge success. In fact, it made 100 times less money than the original (not even adjusting for inflation). Personally, I don’t know why: this one matches the original or even bests it for its overall quality.

But what do I know? I don’t even like musicals. Still, as an overall package, it’s a really good one. And I can hardly fathom fans of musicals or the golden age of cinema not lapping up every moment of this massive cavalcade of stars and extravagance. Gene Kelly (in his final screen appearance) closed off the movie with the perfect send-off:

“MGM’s dream factory created a rich, romantic, compelling world of illusion. And although we may not see anything like it again, we’re blessed with memories and miles and miles of film. In the words of Irving Berlin, “The song has ended, but the melody lingers on.” 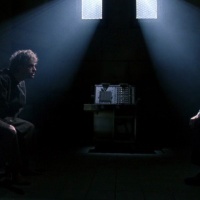