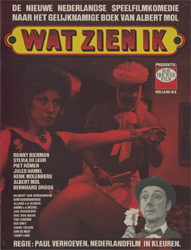 Synopsis: An Outrageous Look Inside The World Of Prostitution

Welcome to Amsterdam’s notorious Red Light district, a wide-open sin zone of pimps, prostitutes and the kinky customers who keep them all in business. For hooker Blonde Greet, sexual fetish is a way of life and every deviant fantasy has its price. But when Blonde falls in love, she finds that business and pleasure can’t mix without some unexpected complications.

Also known as Diary of a Hooker and Any Special Way, this controversial comedy-drama was the debut feature of director Paul Verhoeven (Basic Instinct, Robocop, Starship Troopers) and quickly became one of the most popular films in the history of Dutch cinema.

‘Wat zien ik’ is Paul Verhoeven’s first film. It was a huge hit in the Netherlands and essentially jump-started the careers of Verhoeven, screenwriter Gerard Soeteman and cinematographer Jan de Bont.

Based on two books by popular actor and author Albert Mol, it recounts the personal and professional adventures of two prostitutes, Greet and Nel, in Amsterdam in early 1970, over the course of a few weeks or months.

Clearly, these sequences are meant to be humourous, but either it wasn’t particularly funny, it got lost in translation, or it was specific to a time and place – it was made, after all, in the early 1970s and senses of humour have changed quite a lot since. Either way, I was at best amused.

Of course, it could also be that the film’s juxtaposition of comedy and drama simply didn’t work. While we’re treated to this purported hilarity, we also had to deal with Nel’s abusive boyfriend, who does nothing but live off of her earnings and go fishing with his friends.

A real dick, he starts fights over mundane things, and Greet has to come in to help her friend out. Thankfully, they live above each other in the same apartment complex on the Prinsengracht, one of Amsterdam’s main canals – so Greet can be there anytime that Nel needs her. And vice-versa.

Because sometimes Greet needs Nel to help her out with her clients’ role-playing fantasies: for instance, the man who likes a good fright benefitted from Nel coming down the stairs and screaming her lungs out at the sight of Greet in a mask, carrying a threatening knife. Her screams added to his ambiance.

And yet, despite their mutual need, Greet decides to help Nel move away for a better life – with a loving, caring man who is unawares of her career choice. Greet, meanwhile, has fallen for a married man she met in a bar and begins dating him, adding further complication to her already bustling life.

The actors are all very good for a comedy, but it’s not of award-winning caliber. Ronnie Berman and Sylvia de Leur incarnate Greet and Nel (respectively) convincingly enough, but at no time are we blown away by their performances. Berman, is probably the finest of the lot, doing comedy and drama pretty well.

What is most unusual about ‘Wat zien ik’ is the filmmakers’ casting choices. In this day and age, we would likely be treated a series of pretty people to titillate both men and women, but here we were instead offered a series of extremely average-looking people in all the roles – there are no models in this crowd.

This is both impressive and a put-off. On the one hand you have to commend the filmmakers for keeping it real, but on the other it makes it too real and doesn’t help the audience escape the dreariness of the setting – something one might expect in a comedy. This makes it difficult to let go and enjoy the lighter moments.

But, all in all, ‘Wat zien ik’ is an intriguing piece. It’s not entirely successful as a comedy, and that’s its main failing, but it does hold up on most other counts. It’s no masterpiece, but If one enjoys early ’70s humour and, especially, foreign cinema, there’s really no reason not to recommend it. 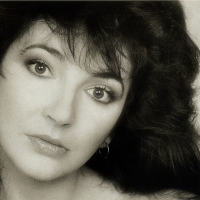