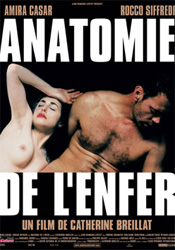 Over four nights in a house in the middle of nowhere, a woman on the verge pays a handsome stranger to watch her “where she’s unwatchable.” Flouting all conventions and breaking all boundaries, the two enter into a stunning and daring exploration of sexuality at its most fundamental. Confronting the unspeakable, discovering the unshowable, and sharing the unsharable, they learn the real secrets of how men truly see women, and how women truly see themselves.

eyelights: the ideas being discussed.
eyesores: the complexity of the language that was used.

I’ve never understood the notion that men would hate women. Why is that? In a society that has been patriarchal for so damned long that women have been stripped of all power until relatively recently, what is there to hate or fear? What could a man ever feel threatened by or find to loathe? With all the power in his hands, with the ability to bend women to his will, how could a man be afraid? I don’t get it…

There is a theory that goes that man is afraid of woman’s potential, that her inner power is stronger than man’s, that if left unchained she will subsume man. There is also the thought that only women have unlimited sexual power and hunger, the frequent argument being that they can savour as much pleasure as they wish and that it lasts well beyond the realm of a man’s own, which disappears after one single orgasm.

Further evidence comes in the notion that female anatomy, unlike male anatomy, has a part that serves no function other than for sexual pleasure. Whereas it is argued that a man’s apparatus is essentially designed for reproduction, women have the clitoris, which serves no other purpose than to provide sexual gratification. This reality can be daunting to some men, apparently, even if it is merely something to envy, not loathe.

It goes beyond that, though. Sometimes there is a certain degree of disgust in men, a revulsion of the female form – or, at the very least, of the profoundly mysterious vulva. Although there is an almost universal fascination with breasts, there are men who find the woman’s sexual organs revolting (Go figure: for me it’s quite the opposite!). I remember having a conversation with a gay friend of mine about this, and I immediately understood his bent.

But some women suffer from a certain self-loathing, too. For reasons that escape me, there are women who are not at all comfortable with their own sexuality. I’ve met some, but I don’t think I’ve known any whose self-loathing extended to the degree that they wanted to be debased or humiliated, as some do. At least, I wasn’t aware of it. I understand body image problems what with all the expectations and media saturation, but one’s sexuality seems like a different matter to me.

Catherine Breillat’s ‘Anatomie de l’enfer’ explores the complexity of these issues to a certain degree. It’s based on Breillat’s own novel, ‘Pornocratie’, which is the story of a suicidal woman who pays a gay man to look at her nakedness over the course of four evenings – no touching, just looking. And listening: during that time, she discusses her views on sex and male/female dynamics while he confronts the source of his own loathing of the female form.

As with many (all? I haven’t seen all of them yet…) of Breillat’s other works, it’s not a typical motion picture: it’s unabashedly confrontational, unapologetic, thought-provoking and it makes for excellent discussion fodder. I’ve always liked her films because they center around a strong-willed woman who defies conventions to a certain extent. Her lead characters are always fascinating, even if they aren’t exactly endearing or appealing.

In ‘Anatomie de l’enfer’, Breillat pushed the envelope a little further by making her film explicit, daring to show female genitalia up close as well as erect male genitalia – things that would rarely be seen in traditional American cinema. The purpose isn’t to be titilating, either: it’s strictly to be truthful of the moments that she has created on screen – that of two people dealing with each their own sexual turmoil.

While Casar is seen in the nude for most of the picture, the doubling was necessary for the more intimate moments. It isn’t done especially well, and even if there hadn’t been an explicative note at the beginning of the picture, I think that it would have been quite apparent due to a slightly unsubtle editing job. Thankfully, the editing is competent enough that these moments aren’t entirely jarring.

The reasons for my surprise are twofold:

1) Given that Breillat’s oeuvre suggests a certain feminist tendency, I wondered why she would hire a man who uses women for his work, a man who doesn’t appear to have any great love of women – at least, as based on what I’ve seen. One would imagine that a feminist would steer clear of such an individual (it turns out that she used him for another of her movies, ‘Romance’ – I found that out after the fact)

2) My impression of Siffredi is that he’s terribly macho, so I was surprised that he would actually allow himself to be portrayed as an emotionally tortured gay man. You would think that he would have wanted to steer clear of anything that might skew his image as a woman-eater (figuratively-speaking).

One thing that I find especially intriguing is Breillat’s choice of making the narrator a woman, expressing the man’s thoughts – even though the main figure is the woman. I didn’t even pick up on it at first; naturally thinking that she was speaking for the woman; either I was too tired or it was deceptively designed to strike later. Either way, I wonder what the intention was; I really love that touch.

Anyway, while I know that reviewers weren’t too kind to ‘Anatomie de l’enfer’, I wasn’t offended by it at all and actually found the subject matter rather intriguing. The way it was laid out was challenging, in that the exchanges were like a reading from a textbook, completely unnatural and a bit complex, but I nonetheless enjoyed it – and, in some way, feel that this complexity will give the film a longer shelf-life, as I return to it to understand it further..

A lot of what ‘Anatomie de l’enfer’ is trying to convey and/or discuss is way beyond my grasp, but I understand it in principle and would certainly love to eventually comprehend it better. I have n doubt that I will watch it again. Maybe even a few times. And I would certainly love to discuss it with others, to find out what their thoughts on the resulting film and its subject matter are.

I don’t know how correct this ‘Anatomie’ is, but it dares to shed light on women’s most private parts and how it affects us. Personally, I think that this is a good thing, no matter where it stands on the issue – it’s about time that we face our anxieties and purge our fears about our sexuality, as human beings and as a society. It would be nice to escape that hell once and for all, and if art can somehow help, then I’m all for it. 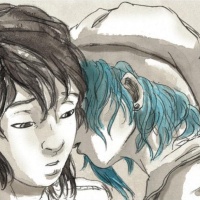 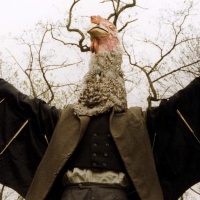