Summary: The final hardcover volume of the lushly illustrated maxiseries by Alex Ross, Jim Krueger and Doug Braithwaite collects issues #9-12! The Super-Villains’ plot to exploit the innocent thickens as the heroes discover that it may even affect their comrades, colleagues and co-combatants! Guest-starring Black Adam, the Marvel Family, Doom Patrol, the Metal Men, the Titans, Supergirl and more!

Oh, okay, I get it now. After reading Alex Ross’ introduction, I finally understood that he and Krueger were actually going for a more traditional storyline. After doing something more modern with ‘Kingdom Come’, Ross wanted to try his hand at the style that made him a comic book fan in the first place.

It makes sense. This explains why the heroes easily escape their traps in the second set of books and come back swinging, taking apart the villains’ plans bit by bit, with the villains not even worrying about the fact that they’re losing ground (“No worries… we’ve got it all tied up, and they’re running out of time”. Suuuuuure!)

Really, the only modern touch is the setting and the fact that the villains, for a moment at least (in the first set of books), seem like a genuine threat (something that never seems to happen in the comics of old – the villains always seem toothless to a certain degree). Otherwise, it’s a well-written classic story.

And that carries on in this third volume. Although I preferred it to the second, no doubt due to reduced expectations, it remains in the land of classic comic storytelling. Case-in-point: the heroes find a way to immunize themselves against Brainiac’s nanotechnology by using The Metal Men as armour.

As per usual, the science is iffy at best, but we’re just expected to sit back and enjoy the ride, anyway. That bothers me a little bit, but what I did like about this aspect of the story is the fact that the heroes all have very distinctive armours. Not all of them are great or especially inspired, but some are quite cool indeed.

Ross and Krueger have put together an excellent, cohesive series and wrap it up in a satisfying way – given the focus of the piece, that is. The one thing I would have liked, though, would have been for the Joker to have a purpose in all of this. As it turns out, he’s just there for posterity. Otherwise, he’s contributed nothing.

The artwork continues to shine. Despite my reservations about the last set, I found myself enjoying this one more. I got the feeling that Ross got back on track and brought his best game to this one. Holy smokes he’s good. Anyone who is impressed by the covers needs to know that the books shine throughout, from start to finish.

Braithwaite, the penciler, may have only sketched out the pages in a broad fashion, but he set everything up in an extremely dynamic way, making each page a pleasure to read. His paneling alone made the series vibrant and exceptionally fun to peruse. So, say what you will about Ross’ work, it actually depended on Braithwaite’s skill.

‘Justice’ was a true collaboration. There’s no way that this series would have held up if any of the three had not brought their top game to the work. Some of us may gripe about the more traditional storyline, but it was fleshed out in exactly the perfect way, with consummate attention and skill invested in each detail. Fans of the genre should love this.

It’s undeniable: Krueger, Ross and Braithwaite did the series justice. 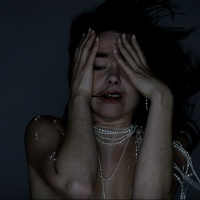