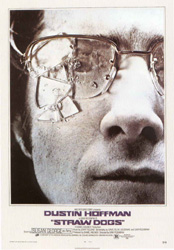 Synopsis: A film by Sam Peckinpah