Synopsis: Explore sex in the movies through this thought-provoking series utilizing explicit movie clips and revealing interviews with actors, writers and directors that consistently push the envelope and remain in the spotlight of controversy.

As with ‘Mutantes‘, I stumbled upon ‘Indie Sex’ while looking for Catherine Breillat material; until then, I had never heard of this TV mini-series that proposes to explore the role of sex in cinema and our relationship with it. As a fan of film and as someone who has long been fascinated with human sexuality, this seemed to be the perfect mix and I promptly ran to the video store to rent it.

The series was produced for IFC, the Independent Film Channel, in 2007, and consists of three volumes (“Censorship”, “Teens”, and “Extremes”) of a little over an hour each. When broadcast, a fourth volume (“Taboos”), which was originally produced in 2001, was included in the mix – as a so-called ‘director’s cut’. On the DVD set, this 30 minute episode is actually included as part of the special features, not as part of the programme, per se.

1. Censored Who decides what is appropriate?

This episode goes through the history of censorship since the inception of cinema, including the pre-code era, the nebulous 30-34 era, the “Hays Code”, the MPAA, …etc. It was fascinating to see the impact that censorship had on motion pictures, including such seemingly innocuous fare like ‘Tarzan and his Bride’, which was originally filmed with a nude swimming sequence and allusions to sex. Because of the draconian Hays days (no nudity, limited undressing, no lustful kissing, …etc), for many years sex was suggested via smoking or other analogous acts. Hitchcock had a blast with it, using fireworks or trains to suggest sex and edited the kissing in ‘Notorious’ so that it would remain permissible, but only barely. This segment tries to define censorship, and it reminded me of ‘This Film is Not Yet Rated’ in its discussion of censorship, with the latter being more thorough and not as focused on sex.

Originally produced in 2001, this episode feels like a demo for the rest of the series, being more an amalgam of the topics covered throughout, overlapping “Censorship” and “Extremes”. In that sense it feels superfluous and likely didn’t make sense during its broadcast; it’s much more suited to the special features section, for posterity’s sake. Since it was made many years prior, the style is slightly different (hence the “director’s cut”, as it was likely adapted) and the interviewees are not the same here. It has its moments, though, with some very interesting interviews with John Waters and Atom Egoyan, and it focuses on the works of Waters, David Lynch and David Cronenberg, in particular.

3. Teens How has teenage sexuality in films changed?

This episode goes through the history of media and how it affected teenagers, as well as offering up various landmarks such as the advent of the VCR, the AIDS scare, …etc. It’s a bit more run-of-the-mill in that most of what is discussed has been considered before by anyone who has seen enough teen flicks. But it is a fascinating journey in that it goes through a bevy of teen pictures through the eras, from the sanitized ones like “Beach Party’ to “Porky’s” to the John Hughes set to “American Pie” and all the way back to the wholesome Olsen twins and Lizzy McGuire films. If anything this, this one was a trip down memory lane for me, but it also introduced me to a few films that I haven’t seen that seem intriguing: “‘Another Gay Movie’, ‘But I’m a Cheerleader’, ‘Coming Soon (1999)’, ‘Ken Park’ and ‘Me and You and Everyone We Know’.

4. Extremes Is it true that the only difference between art and pornography is lighting?

The series interviews a number of actors, directors, musicians, critics, and others, all recurring from one episode to the next. Some of the key celebrities were Rosanna Arquette, Ari Gold, John Cameron Mitchell, Tatum O’Neal, Peter Sarsgaard, Guinevere Turner, and Dita Von Teese. My favourites were Mitchell and Catherine Breillat, whose works were discussed more than anyone else’s, and who unsurprisingly served up some serious intellectual discourse.

The one thing that boggles the mind is why the series was called ‘Indie Cinema’: at no point does the series, even in its initial form in 2001, focus strictly on independent film. In fact, there is a lot of Hollywood fare on display throughout the series – which is entirely valid, when one is trying to discuss the topic of cinema on a historical and broad scale. But why call it ‘Indie Sex’ then? What was the point of that?

Still, as far as content goes, it’s an excellent mini-series. I would absolutely recommend removing the “Taboo” episode from the equation so that the set feels more cohesive, but the DVD’s producers have already rightly done that. ‘Indie Sex’ is a superb exploration of sex in motion pictures, covering a lot of ground in an open, sex-positive way that would benefit any audience with an open mind. It’s frank, graphic and thought-provoking, all the while proving itself engrossing and entertaining.

I have no doubt that I will buy this when the opportunity arises. 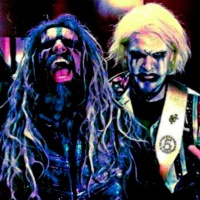 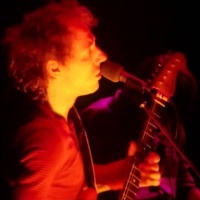 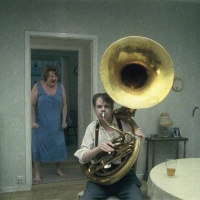